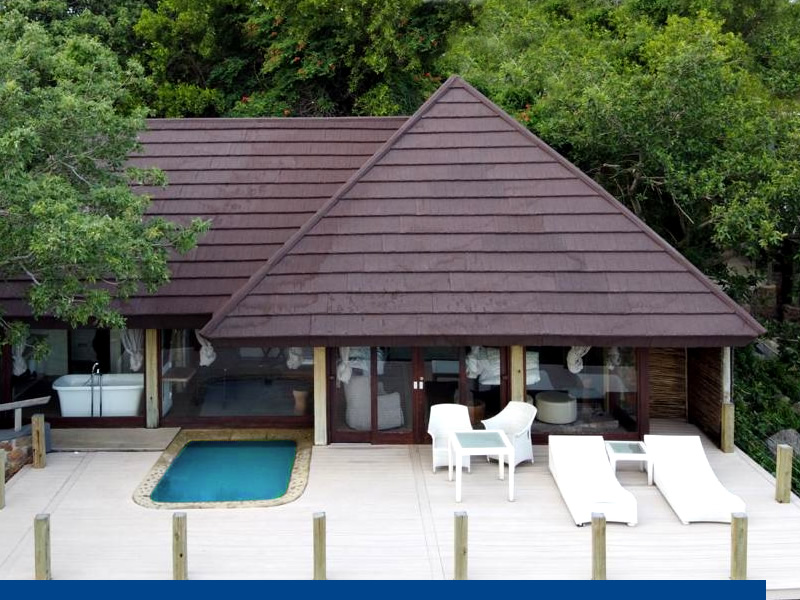 First impressions are especially important in the hospitality industry since the opinions a guest forms when they first arrive at a resort and walk into a lobby for the first time are permanent. Resort and hotel managers and owners know and understand how vital a happy guest is to maintaining a good reputation in the industry.  While some resorts may be tempted to slash prices in order to attract guests, there are other methods. Temporarily reducing prices may work in the short term, but building a good reputation will pay off for years.  A resort and its hotel should always take care to present itself in a professional matter, regardless of how casual the guests may behave while on holiday.  The resort grounds, state of the buildings, lobby and rooms should always be inviting.

No one understands this better than Leopard Hills, a luxury game lodge situated in the Sabi Sand Private Game Reserve. The game lodge owned by Louis Kruger and Jack Brotherton, opened in March 1998 on the Ululapa Farm, which has been in the Kruger Family since 1983.  Leopard Hills forms part of the western sector of the Sabi Sand Game Reserve, and offers over 10 000 hectares of traversing which includes access to the perennial Sand River to the north and the Savannah plains to the south.  When the luxury resort was initially designed and built, the opulent chalets and hotel were adorned with beautifully manicured thatch roofs that overlooked a natural waterhole.

Frikkie Erasmus, Business Unit Executive of Harvey Roofing says, “Natural Thatch is flammable, and could ignite from adjacent fires or by heat transfer from chimneys.  It was with this consideration compounded by the warm South African temperatures that Leopard Hills approached us explaining that they wanted to reduce the probability of fire hazards.  Another major consideration was the cost of maintaining natural thatch and the damage from birds, monkeys and vermin quickly destroy the functionality and aesthetics of a natural thatch roof.   Additionally, the presence of dust as a result of the natural thatch was “the final straw.”   So, we advised them on a solution to move from thatch without losing the beauty and earthiness of their resort whilst still ensuring a safe environment for their patrons.”

“Harvey Thatch Tiles is Harvey Roofing Products’ flagship product and it’s produced using a corrosion resistant substrate, coated with natural stone providing the same look and feel as natural thatch.  Nothing matches the bush feel of thatch.  Asides from the sense of character it creates, most always feel that the atmosphere of a thatch establishment is warmer and more inviting but ongoing maintenance, re-thatching, fire and lightning risk reduce the charm of natural thatch”, concludes Erasmus.